The library is currently out of COVID home tests. Please order online at https://special.usps.com/testkits 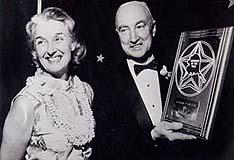 Renowned Alaskan artist Fred Machetanz was born in Kenton, Ohio in 1908. Educated to be an artist, he received his B.A. and M.A. from Ohio State University, and studied art at the American Academy of Art in Chicago during the early years of the depression. After completing his formal education, Machetanz received an invitation from his uncle, Charles Traegar, a trader in the Eskimo village of Unalakleet, to visit Alaska. His visit proved so interesting that the intended six weeks visit stretched into two years.

When he finally did return to the States, it was with material to write and illustrate a book for children, Panuck, Eskimo Sled Dog (Scribner's) and a strong desire to head back North.

Early in 1940, after the publishing of a second juvenile book On Arctic Ice (Scribner's) he set out as a civilian on a Coast Guard cutter making the run along the west coast of Alaska as far north as Point Barrow. While on this trip, he gathered material and photographs for still another book, and at the same time made a record in color movies of the Eskimo villages along the way. These movies were previewed at Columbia University in 1941 and booked on the spot for their lecture series. But before this took place, the U.S. entered World War II. The movies were put in storage, the photographs and what material had been gathered turned over to Evelyn Stefansson who incorporated them into a book Here is Alaska, (Scribner's).

Fred volunteered for military duty in the Aleutians and was assigned there for three out of his four years of service. During this time he was commissioned to write the History of the North Pacific Command. At war's end, he was a Lt. Cmdr. in Naval Intelligence.

Upon discharge, he visited the States just long enough to get together art materials and camera equipment and then he was off to Alaska again.

While this was taking place, Sara Dunn (B.S. from East Tennessee State, graduate work, Peabody College, Nashville Tennessee) was preparing to make use of a year's leave of absence from the public relations department of a large corporation, to see the world. With a love for the outdoors developed from roaming the mountains of her native Tennessee, she had chosen to go to Alaska first, South America next, and from there to wherever held appeal at the moment. The latter part of this plan was never carried through. Instead of wintering in South America, Sara Dunn met Fred Machetanz at historic Pullen House in Skagway, Alaska. From there they had chanced to be on the same trip following the Old Gold Rush Trail of '98 over the White Pass to Whitehorse, down the Yukon in a sternwheeler to Dawson City.

The spell of the Yukon had taken hold. Before their ways parted, they were engaged and four months later they were married in the chapel at Unalakleet. (January 27, 1947.)

From then on, Fred's career of painting, filming and writing about Alaska became a joint effort with Sara taking over the writing and much of the still photography. Together they drove their own team, hunted seal and lived the rugged and often dangerous life of the Eskimos. When they went "outside" the next fall, it was with a color movie documentary of the village of Unalakleet and this started Fred on yet another career, that of lecturing nationally on Alaska.

A pattern was established for the Machetanzes. Six months traveling in Alaska obtaining new material for painting, writing and movies, and six months lecturing in the States.

They shot footage for Encyclopedia Britannica Films, Walt Disney Productions and made a movie for the Alaskan Government.

Barney Hits the Trail (Scribner's) came out, a juvenile book written by Sara and illustrated by Fred, and also two more lecture movies. It was a busy period, but still the Machetanzes never lost sight of their main objective, which was to search out the most beautiful scene in Alaska, center it in a picture window, and build a studio home around the window

In the summer of 1950, they found their "view" in the heart of 3,000 acres of forest in scenic Matanuska Valley. Not only were they delighted with their view, but below the high ridge which they had chosen for a home site, lay an unnamed lake, a situation they corrected by calling it "High Ridge Lake". Their home "High Ridge" they built themselves, with logs from their own land, and this experience, furnished the background for a fourth juvenile book, Rick of High Ridge (Scribner's).

With a home for a base of operations in Alaska, the Machetanzes were busier than ever. Photography continued, one exciting expedition being the photographing of a miracle lake which completely disappears each year, a phenomena witnessed by less than a dozen people in the half century it has been known to exist.

Their book Where else but Alaska published by Scribner's in 1954, is an account of their life and travels in Alaska, with Fred's lithographs used as illustrations.

Many of Fred Machetanz's paintings depicting the beauty of Alaska, as well as portrait paintings, can be viewed at the Mary Lou Johnson - Hardin County District Library.